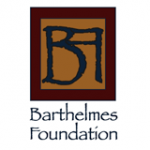 Where it all started

Hedwig (Hete) and Albert Barthlemes met while in costume at a masquerade party in their native Germany. When their masks were removed, the beginning of a lifetime relationship of love and dedication to the performing arts was, unbeknownst to the young couple, on its way to fruition.

Music was always a part of both their lives; growing up in Germany, Hete Barthelmes excelled in her education in classical piano and voice. She and her mother would journey each holiday season to a convent and children’s shelter in Helinagrabe, Germany, to perform and bring cookies to children of need who lived there. Albert, too, was a classically trained musician; a violinist. During their marriage, they spent countless hours performing together in their home for themselves and their guests.

The Barthelmeses had no children of their own, but their fondness for children and their desire to help educate and share the joy of classical music became the basis for a life of philanthropy in support of the arts. As the largest contributor to the Tulsa Youth Symphony and the largest individual contributors to the Tulsa Philharmonic Orchestra, Hete and Albert Barthelmes were revered as critical cornerstones in the arts infrastructure which has been so important to the development of Tulsa, Oklahoma.

The Creation of the Foundation

In 1999, the Barthelmes Foundation was endowed without any mandate from the family as to how the Foundation estate should be used. At that time, Roberta Guispari from East Harlem, New York City, was in the news. Ms. Guispari was the focus of a documentary showcasing her music program in East Harlem that had changed the lives of so many children of need through music education. Keeping the Barthelmeses’ love of music and children and their philanthropic spirit in mind, Barthelmes Foundation directors visited Guispari’s school—Opus 118—and decided a similar program in Tulsa should be the Foundation’s focus.

The Barthelmes Conservatory, Inc. was formed as a not-for-profit 501 (c)(3) community music school, funded in part by the Foundation. Beginning in 2001, more than 300 violins, violas, and cellos were purchased and an agreement was struck with Tulsa Public Schools to allow the Conservatory to enter six of Tulsa’s elementary schools, to provide students with an enhanced music education. In addition, a partnership was established with the College of Education at Oklahoma State University to conduct research on the impact of an arts infused curriculum on participating teachers and students.

The research effort, Project CREATES, issued its summary of findings, and demonstrated how music education and the arts have a significant impact upon the entire culture of the schools—from teacher to parent to student. The current bART Center for Music Community Outreach program continues to support underserved public schools today, where funding cuts have essentially eliminated music programs.

The Conservatory began in 2004, conducting classes with 14 students and 7 teachers in the University Methodist Church on the campus of The University of Tulsa, touching the lives of thousands of children in the past 15 years. Today, The bART Center for Music continues to serve students of all ages by offering high quality music activities.

Both the bART and the Barthelmes Foundation are affiliated with the National Guild of Community Schools of the Arts, on whose Board of Trustees Barthelmes Foundation trustee Joseph L. Hull III sits. The Conservatory, Music School, and Community Outreach divisions of The bART are critical pieces of the vibrancy of the arts in Tulsa today.